Jake never looks for trouble, but you can bet it’s looking for him in the high-stakes psychological thriller, AFTER THE KILL. A beautiful morning quickly becomes a life and death day. What will the night bring? Mackenzy earned a doctorate in forensic psychology, specializing in serial killers. She wants to understand them beyond the textbooks. Will a DNA sample give her a clue? It looks like Oscar night at the house in Malibu as she hosts her A-list clients. Caitland returns to LA for the party while Jake stays in Phoenix. She is caught totally by surprise when the party’s over. Will Jake get there in time? Will you have Jake’s back when the fight starts?

Jake never looks for trouble, but you can bet it's looking for him in the psychological thriller AFTER THE KILL.

The first four in the series.

Crime fiction/Psychological thrillers because you write what you know.

I understand the process and what's required more.

Editing is always a nightmare.

I love my characters and I like to hear the same from readers.

Learn to type, but I have the two fastest fingers in the west.

I have the book written in my mind by the time I sit at the computer.

Yes, they're a good source of invaluable information.

Three editors, I take all their input.

Read all of the tips from all of the self-pub people then decide which philosophies you agree with.

I have built up my regulars and when I'm feeling it, I will search out Amazon Top 100 reviewers.

Stay out of trouble, but then again that has given me a lot of storylines.

No. I don't think readers search through them to find a book.

Possibly a scifi story is in the future.

Be dedicated to your craft. 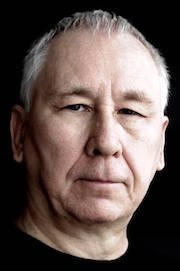 Amazon #1 Bestselling Author Reader’s Favorites Award Finalist “Cary Allen Stone is an important name to watch. This is one superb crime writer!”––Grady Harp, Amazon Hall of Fame Top 100 Reviewervine Voice Cary’s backstory is, he spent almost forty years inside the cockpits of corporate jets and airlines and because of his flying career he acquired a unique perspective on life. He was fortunate in 1992 to fly Sir Ridley Scott on a location scout in the Caribbean. They talked about writing and building an image with the words. He was quite a mentor. He graduated from college with a Bachelor of Arts degree. He’s involved in feature films in LA and Indie films in Phoenix. He has performed voice-over radio commercials and stand-up comedy magic. He represented the USA alongside nine other countries in the Night of Magic in Bogota, Colombia, performing before dignitaries, ambassadors, and their families. He’s a proud member of the oldest women’s writers club––the Phoenix Writer’s Club. Clive Cussler and South Florida author Tim Dorsey endorsed his thriller “Stealing Atlanta” His Jake Roberts Novels have been well received by Amazon Hall of Fame Top 10 Reviewers in crime fiction and psychological thrillers. The series received the Readers’ Favorite Five Stars award. “After the Evil – A Jake Roberts Novel” is an Amazon #1 Best Seller.