‘Faith of a Vampire’ is a story about a woman who must learn to have faith in herself, faith in others, and faith that she still has a soul as she journeys into the ominous world of vampires.

Sophia Dobre is a young farm girl living with her family in Weston, Massachusetts. Sara Manori is a member of a powerful and influential vampire clan.

In a strange twist of fate, the two meet, become friends, and their lives are filled with adventure and mystery. But unfortunately, a vampire having a human as a companion has consequences, and Sophia unintentionally becomes a vampire.

During her transformation, Sophia learns that she has a unique bloodline which gives her special abilities as a vampire. Fortunately these abilities help to uncover a malicious plot that a rival vampire clan is out to destroy her clan over a position of power on the vampire council.

Thrust into the middle of a clan war, the battle unlocks ancient, horrifying memories buried within Sophia’s bloodline. As she struggles to retain her humanity, Sophia sees her personality changing for the worst. Hating what she is becoming, Sophia looks for help.

Eventually she learns of a little know process that can turn vampires back into humans. The possibility of becoming human again forces Sophia into a forbidden world where assassins will do anything to stop her from meeting a woman known only as the ‘White Swan’.

By the telling of her story, Sophia reveals the truth about vampires—about their history and more importantly, about the promise of redemption that is available to all vampires if they only have enough faith and courage to seek it out.

‘Faith of a Vampire’ is a story about a woman who must learn to have faith in herself, faith in others, and faith that she still has a soul as she journeys into the ominous world of vampires.

When I am inspired.

I enjoy being able to create a world where anything can happen.

I wanted to create a story about vampires that was different than other vampire stories.

I did a lot of research. I made sure that every place I wrote about was real as well as the beliefs that vampires believe are real. I even interview a few people who claimed to be real vampires.

Getting on paper the ideas that I had in my head about the story. You see I envision my story first in my mind like I am watching a movie. Then I have to put what I saw on paper.

Do more research about writing and publishing. 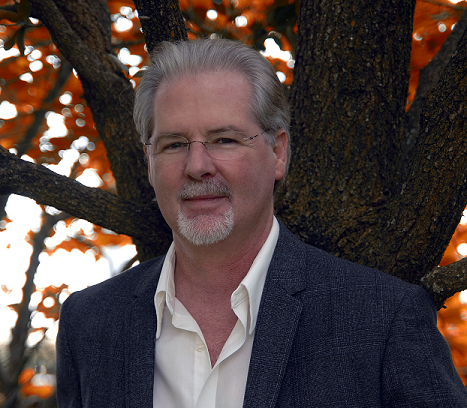 All my life I have been a creative person in one way or another. In my youth I was able to express myself through music. However, as I got older, the responsibility of work and raising a family put my music on hold. As the years passed, I made a living as an IT professional, but felt a need to find a new way to express my creative side. It was not until I decided to write did I realize that I had finally found a way to create anything I can imagine, and share my creations with others. To me, writing is simply getting lost in your dreams. Each time I sit down to write, even I wonder what new adventure my characters will find themselves in. Writing fiction is giving your imagination permission to take you anywhere. Once you allow that to happen, you can find yourself in places you never dreamed possible