On a warm summer’s evening thirteen month old Lily Hamilton is abducted from Ayr beach in Scotland, taken while her parents are yards away. Three days later, the distraught father turns up at Glasgow PI Charlie Cameron’s office and begs him to help. Mark Hamilton believes he knows who has stolen his daughter. And why. Against his better judgement Charlie gets involved in a case he would be better off without. But when a child’s body is discovered on Fenwick Moor, then another in St Andrews, the awful truth dawns: there is a serial killer out there whose work has gone undetected for decades. Baby Lily may be the latest victim of a madman. For Charlie it’s too late, he can’t let go. His demons won’t let him. The stunning first novel in a gripping mystery series. Games People Play will have you guessing to the very last line.

I aim for a minimum of 1000 words per day and try not to stop until that has been achieved. Normally I start working around 9 a.m. and work till I'm satisfied or until 'life' gets in the way.

Initially it was to make money but very quickly it just became 'who I am'. I can't imagine not writing now.

Quite a lot because of social media; it makes the whole thing a very personal experience.

My wife Christine...she's always in there for me. When I became very deflated that agents wanted to 'trap' me into writing about Scotland because I am Scottish she convinced me that I could write something I felt good about and not feel 'boxed in'

Crime/thriller/mystery because I love it. It's what I read (when I get a chance these days) and it's what I watch on tv.

Tons of research. Even if I know an area/subject well I revisit because things change so quickly. I also use several 'insiders'.

I am an entirely different species from the guy who first booted up the computer to see what he could produce. I have spent many happy hours in bookshops checking everything I could - I learned many how to's and how not to's along the way

Becoming convince that this was an area I would enjoy; I wanted to write about exotic locations (travel is a passion of mine).

The way my books have been received - it's terrific.

I would start much much sooner.

I am a mixture, I like to have the opening/ending before I start; then I just have to worry about that pesky bit in the middle!

Yes and no - if someone makes a fair point that isn't about subjectivity I am absolutely interested.

I think it depends on the individual, it hasn't been my experience. I am however part of a group of writers who support each other with info/assistance with publishing issues. I am not a 'techy' person so this is very helpful.

Christine is my editor and she has lots to say...very valuable as she can really distance herself from the fact that I wrote it. I of course also have a copy editor and he too is a real asset.

Stephen King...but who can't say that?

Yes join Fiction Authors Resource group on Facebook; someone there will always have the experience/info you need

Indie, and although it wasn't my first choice I am very happy with the independence and freedom it affords me.

As long as they don't drag past the authors ability to keep it fresh I think they are great.

I always try to pick someone who is compatible to me.

Don't give up on the music and start writing.

Favourite film is Dirty Rotten Scoundrels - think they are all genius in it.

Working on a trailer because I think they are the way forward...more interesting than just looking at endless book covers. A book shop is tactile that is it's strength so online we need a way for people to feel they can connect.

Try to 'write' my way through it. 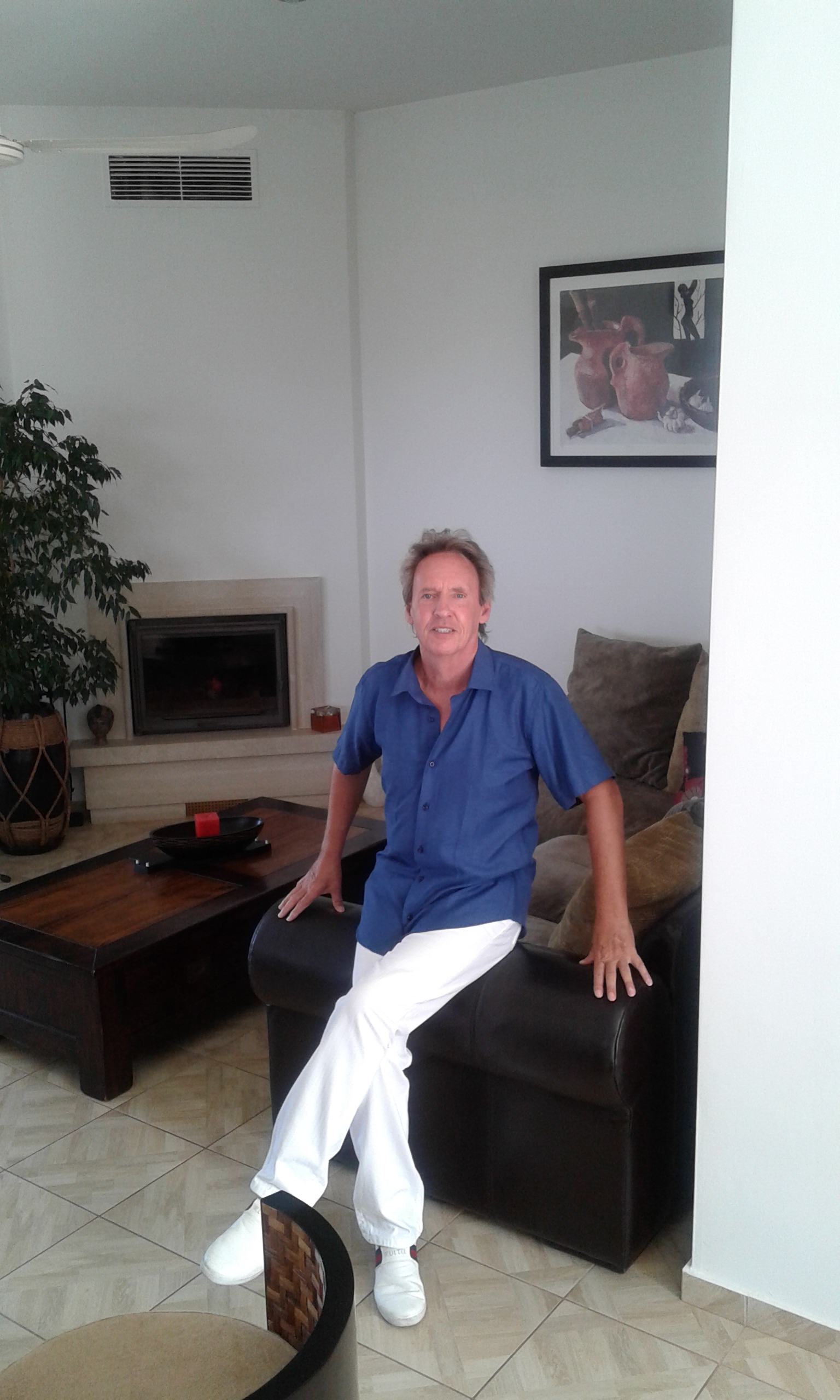